Reflex is the response to a stimulus that is involuntary and automatic in nature. Some of the reflexes are a part of the baby's daily routine and others occur when stimulated. These reflexes are present since birth except a few and will disappear in the coming months.

Reflexes are checked by pediatricians to check the baby's neurological development. So, here we will rule out the different types of reflexes, their stimulus and when these reflexes will disappear. 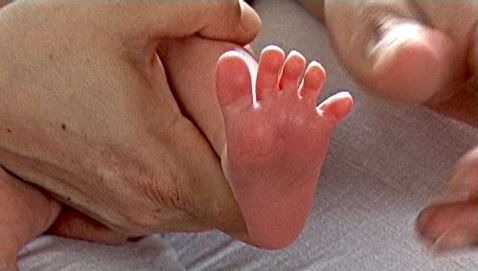 When you gently touch/ stroke the baby's sole with your finger, the baby extends the big toe upwards and other toes flare out. This is a normal reflex and very strong during the first nine months.

Babinski Reflex will disappear at 1 year of age but can be considered normal for upto 2 years of age. If a Babinski reflex is present even after 2 years, then it is considered an abnormal Babinski reflex and requires medical attention.

When the lower respiratory tract is stimulated because of dust or any foreign particle, the baby will cough. In newborns this reflex is not fully developed but present.

When you make the baby lie on their abdomen and provide a little support to the bottom of their feet, the baby tries to move upwards. You can also observe this reflex when the baby is lying on mother’s abdomen and try to crawl towards the breast for feeding.

Crawling Reflex will disappear within the coming months but there is no exact time.

When the baby is lying on their back, turn the head of the baby to one side, you will observe that the eyes of the baby don’t move with the movement of their head.

Doll’s eye reflex will disappear at 3-4 months of age.

When the back of the mouth or posterior pharynx is stimulated while eating or drinking, the stomach content will regurgitate (back flow) or we can simply say it is vomiting. This is a normal response while trying new foods, with different taste and textures.

Frequent gagging can be a reason of concern and require doctor’s advice. You also have to observe the baby closely to avoid the chances of aspiration.

When you put your finger in baby’s palm or stroke baby’s palm, the baby will close her fingers in a grasp. This reflex is everyone’s favourite. As a mother, you must be doing it several times in a day.

Similar response is seen when you touch the baby's sole and is called a Plantar Reflex.

Palmar reflex will disappear at 4-6 months of age. 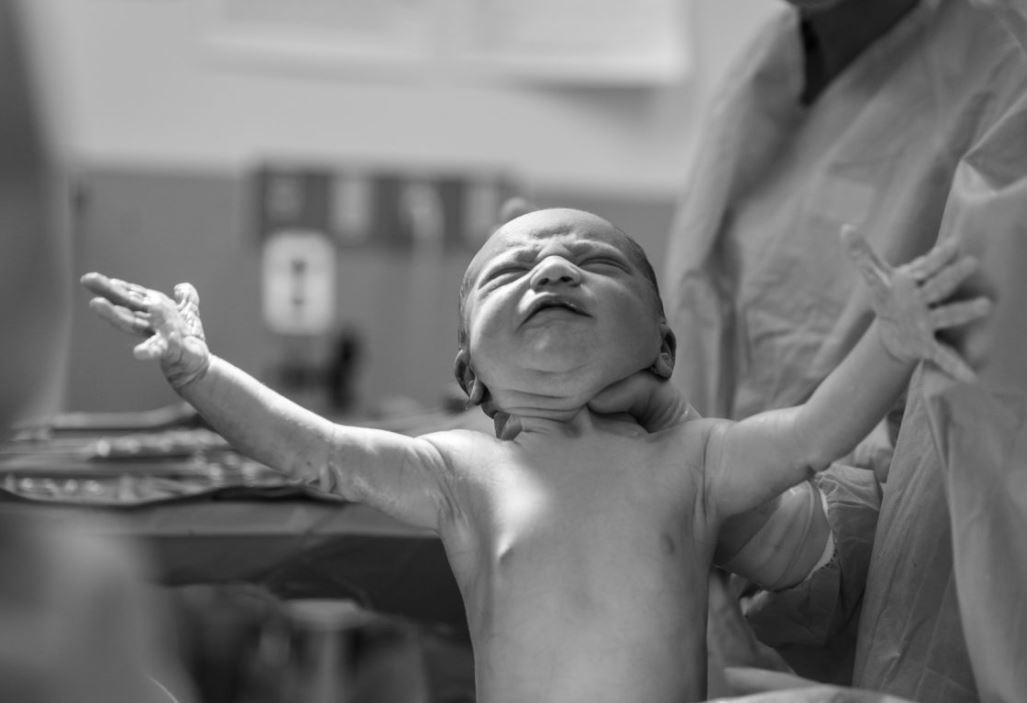 Moro Reflex is also the same as startle reflex as the baby gets startled with sudden movement. Hold your baby in a semi- sitting position at 45 degree angle supporting their head with one hand and suddenly remove the support under their head to hold them back at 30 degree angle.

In response the baby abducts and extends his arms and makes a C- shape position with his fingers and arms. Some babies start crying. This is a healthy reflex and shows normal neurological development.

This reflex develops when the baby is in the womb at around 8 months and after birth the reflex will disappear at 3-6 months.

Hold your baby in a straight position and quickly turn him over facing downwards as if he is falling,in response the baby will extend his extremities as if he is breaking the fall.

This reflex is not present at birth, it appears at 5-6 months and never disappears.

Make the newborn lie on a firm surface in a prone position, firmly stroke the baby's spine from sacral to cervical vertebra (from tail to neck), in response the baby will extend the head and cry.

Perez Reflex will disappear in 4-6 months.

Touch the corner of the mouth or lip with your finger, in response the baby will turn his head in the same direction and open mouth to find food. This reflex helps the baby in breastfeeding.

This reflex will disappear at 3-4 months of age.

When you make some loud noise around the baby, in response the baby will adduct and flex his arms and may start crying.you can observe this many times when your baby suddenly wakes up from sleep and starts crying.

Startle reflex will disappear at 3-4 months of age.

This reflex is also called the walking or dancing reflex. Hold the baby in an upright position and slowly touch his feet on a solid surface, the baby may seem as if he is taking steps or dancing.

Step reflex will disappear in 3-4 months.

Usually followed by the rooting reflex. When the roof of the baby's mouth is touched, the baby starts sucking. You can try it with your finger. This reflex develops during 8th -9th month of pregnancy and this is the reason that premature babies are not able to breastfeed properly.

Sucking reflex will disappear at 1 year of age and after that it will become a voluntary action.

When liquid enters the baby's mouth, the baby starts swallowing it. Sucking reflex is normally followed by swallowing reflex.

This reflex is also called fencing reflex. When you turn the head of the baby to one side, in response the baby stretches out the arm of the same side and bends the other or opposite arm.