You all must be wondering about, Who is the richest athlete in the world?

Is it Cristiano Ronaldo, Floyd Mayweather Jr., Lionel Messi, or someone else?

How they make so much money and How they spend it?

If you’re too curious to know, who is the highest-paid athlete of all time?

Then just after few scrolls, you’ll get to know about that here as well.

I’m going to provide you a brief about the top 10 highest-paid athletes in the world.

So keep reading this till the end as I’m 100% sure that you’ll definitely get some interesting & rare facts about these athletes.

Now, Let’s start with who is in the Position-10! 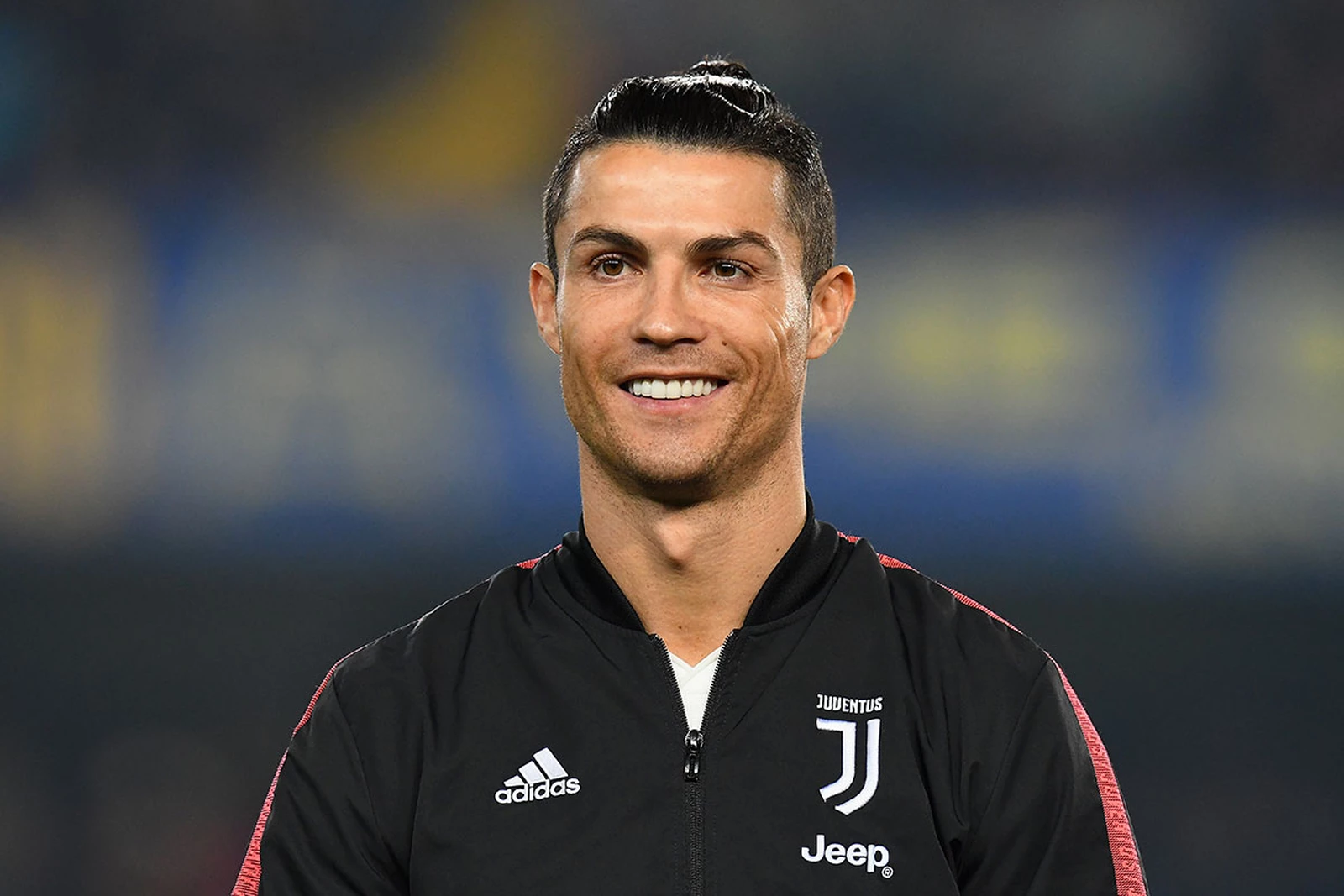 Cristiano Ronaldo is a professional footballer who is currently playing for Juventus F.C. till 2022 earning him over 120 Million dollars

He is regarded as the best football player of all time.

He is also known for his philanthropy helping charity all over the world an ambassador for Unicef and World Vision donating over 120 million dollars for cancer patients and many more.

His lifetime deal with Nike earning him over 1 billion dollars.

He also owns hotels, clothing brands, extravagant properties all over the world.

His Brand deals have made him over 450 Million dollars in net worth.

“If you don’t believe You are the Best, then you will never achieve all that you are capable of” 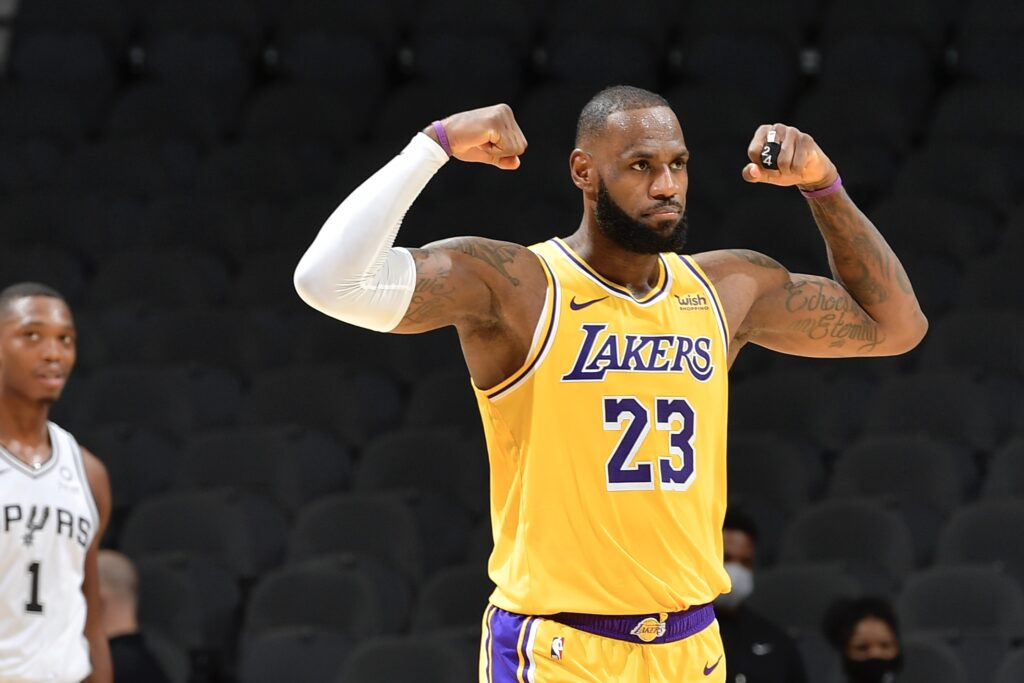 Lebron James is an American professional basketball player who plays for the Los Angeles Lakers.

He is regarded as one of the best basketball players earning over 90 Million dollars for his current deal with the Los Angeles Lakers.

He will be making over a billion dollars throughout his career by the end of 2021 from advertisement, ambassador, production house, and many more.

He also has a lifetime deal with Nike making him over 1billion dollars.

He is a model citizen never getting in any sort of trouble opening the Lebron James family foundation in Cleveland.

The only thing Lebron James can’t do is saving his hairline.

His net worth of now is 500 Million dollars and is increasing.

“When you have that respect from your teammates, it makes it a lot more comfortable” He is probably regarded as one of the best defensive boxers of all time.

During his career, he won fifteen major world titles including

The Ring in five weight classes,

the lineal championship in four weight classes (twice at welterweight), with a boxing record of 50-0, second to Julio Cesar Chavez.

He has earned over 1 Billion dollars and,

In his last 5 fights, he has made earning over 500 million dollars.

He is known for his extravagant lifestyle.

His life changed when he decided to bet on himself for $750,000 and creating his boxing company.

He has many real estates, he would be much higher on the list if he did not get into tax troubles.

His current net worth is around 560 Million dollars.

“I would lie in bed, and I was nine years old, and say to myself: ‘I want to be the richest man in the world.’ I’ve come a long way from there.” 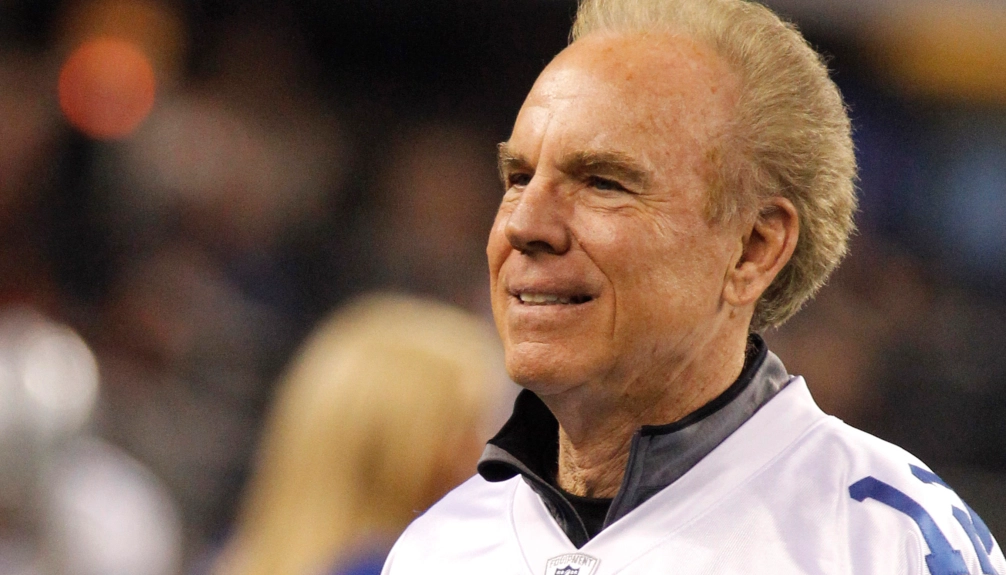 Roger Staubach is a former American football player who played for the Dallas Cowboys as a quarterback.

He is popularly known as Captain America.

He is regarded as one of the best American football players of all time.

After finishing his NFL career he invested in Real estate, NASCAR team.

He is also known for his philanthropy.

All his business ventures made him over $600 Million

“Confidence doesn't come out of nowhere. It's a result of something... hours and days and weeks and years of constant work and dedication.” 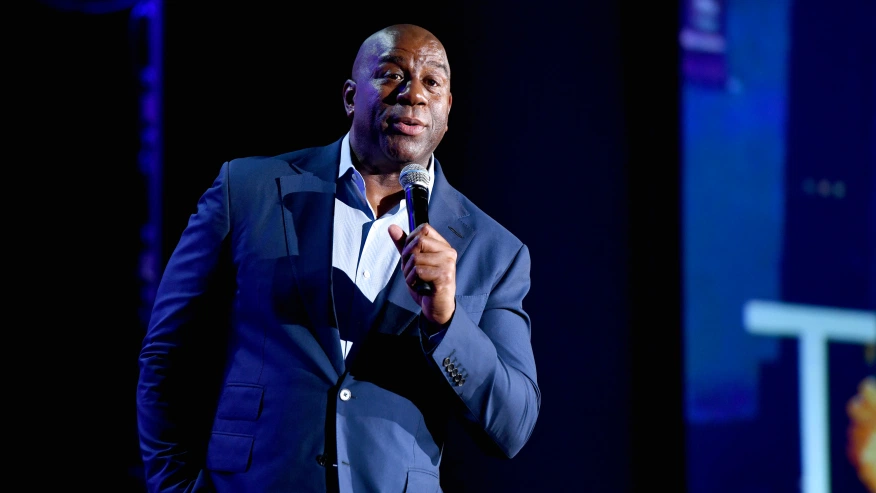 He is one of the best NBA players of all time who played for the Los Angeles Lakers.

He popularized the game of basketball in 1980, known as showtime lakers.

He is known for his philanthropy and his HIV awareness and fights against racism.

“All kids need is a little help, a little hope, and somebody who believes in them” 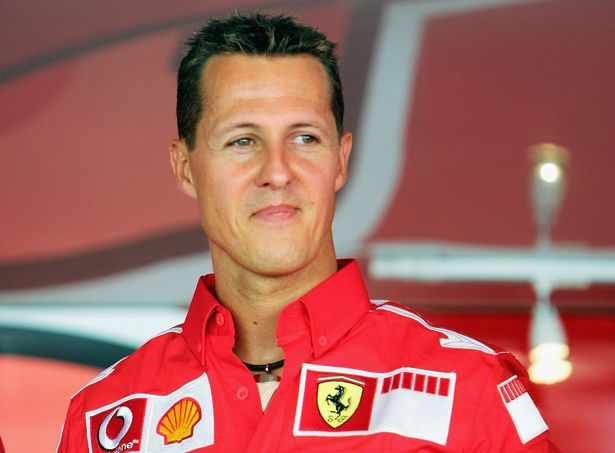 Michael Schumacher is a German Racer and,

He is regarded as one of the best NASCAR racer and the only racer to win over 7 major titles.

He’s also a charitable donor supporting many charity organizations and doing so many kids.

He also donated for Tsunami relief in japan during 2004.

He has also donated and helped people in third-world countries.

His net worth is skyrocketing at $780 million.

“I think I was five when I had my real first go-kart.” 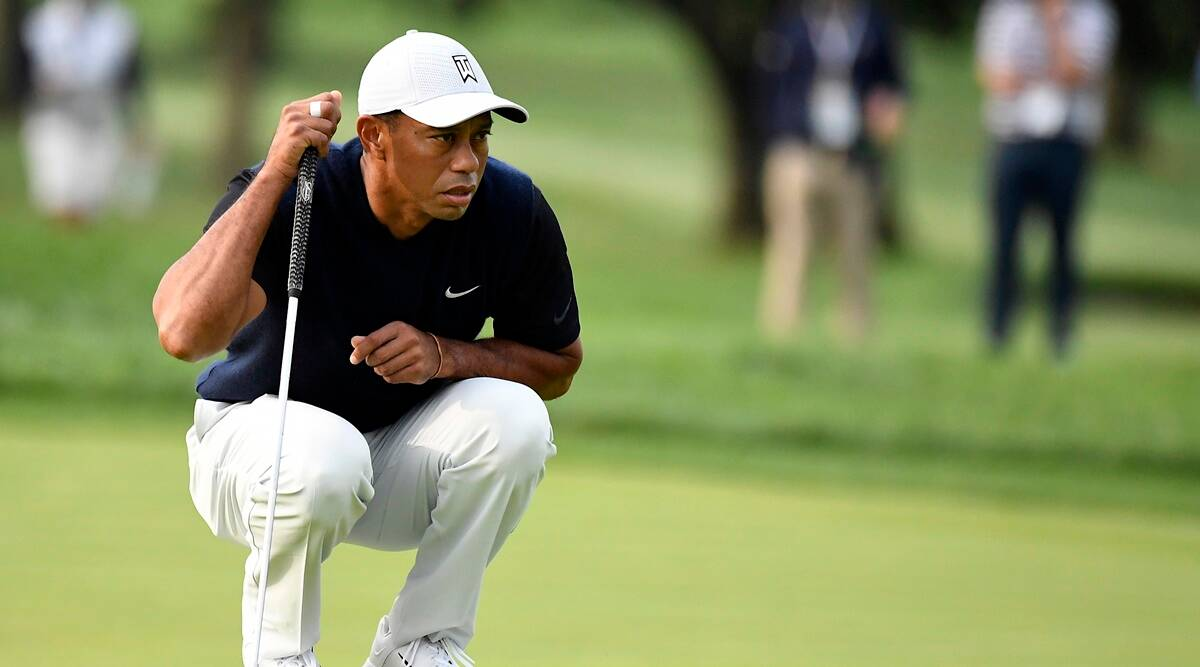 Tigers Woods is one of the greatest golfers of all-time winning over 15 major world titles.

He also has made over $1.5 Billion but he lost a lot of money because of his notorious habits.

He is also a designer, restauranteur, designer, high-end clubs.

He also lost a considerable amount of money due to his notorious habits.

He is also a great philanthropist donating millions of dollars to a charitable organization.

He owns real estates giving him a net worth of over $800 Million. 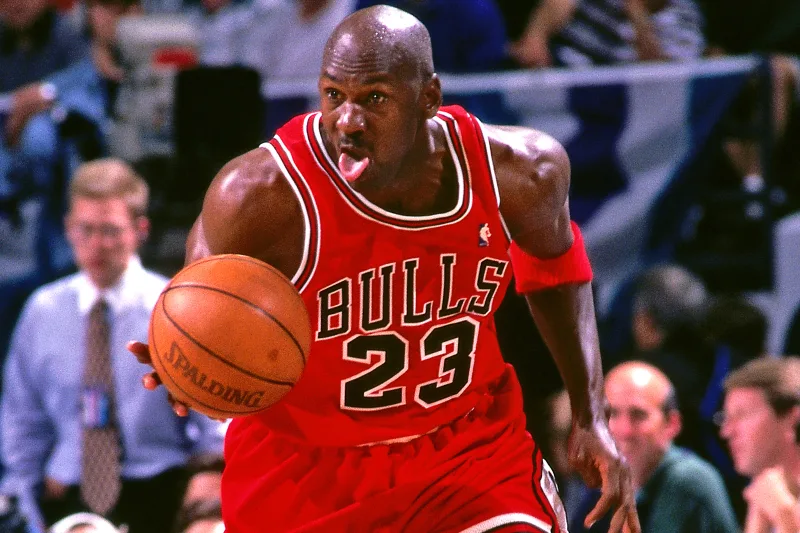 Michael Jordan is also known as the greatest basketball player of all-time best known for his days in Chicago Bulls who revolutionized the game of basketball all over the world.

The only NBA player to win 6 championships and 6 Finals MVP with no loss.

Michael Jordan has a lifetime $1 Billion deal with Nike.

He is a charitable owner giving $100 million to black live matters, hurricane relief, and many other charities.

Michael Jordan’s net worth is over $2.1 Billion.

“I can accept failure, everyone fails at something. But I can't accept not trying.” Ion Tiriac is one of the richest sports athletes in the world.

He is a former Romanian Tennis player and an Ice Hockey player.

After retiring from both sports he starts managing players.

He is also the owner of the Mutua Madrid Open Tennis Tournament and also manages Lucas Pouille, a French professional tennis player.

He is a great philanthropist, activist and also helps many charities for cancer.

His net worth is over $2 Billion.

“I am not Shakespeare or Hemingway, but I have written stories on tennis that were brilliant.”

Now it’s time to reveal the secret of the richest athlete on our list. 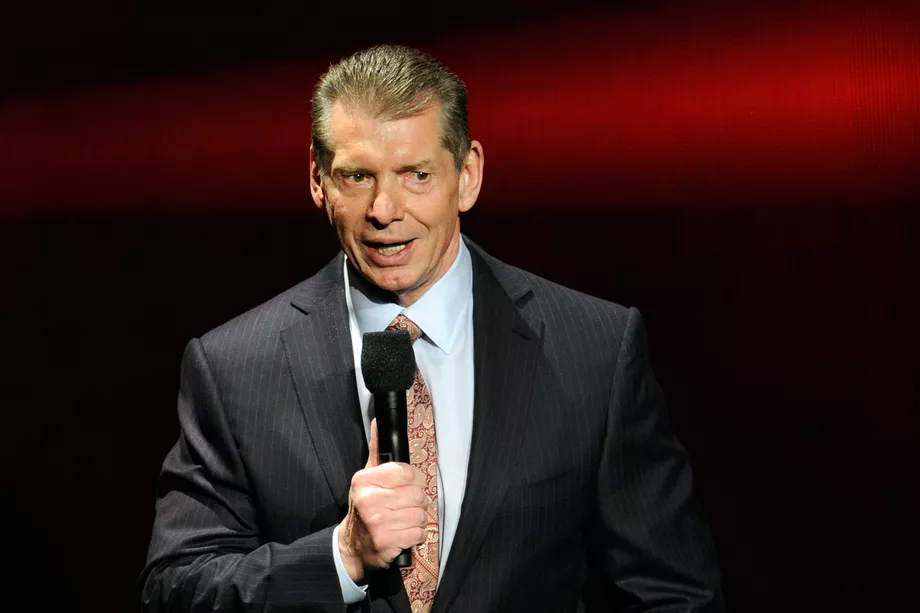 The richest athlete on our list is Vince McMahon, CEO of WWE.

A second-generation business owner is known for his lavish lifestyles and on-court antics.

He makes millions of dollars from his WWE and new WWE contract with fox network.

WWE also has a youtube channel with over 73 million subscribers.

He is also known for his charity work like make a wish foundation and many more.

He is also a generous donor providing charities with donations.

His net worth is around $2.2 Billion.

“The biggest thrill in the world is entertaining the public, there is no bigger thrill than that.”